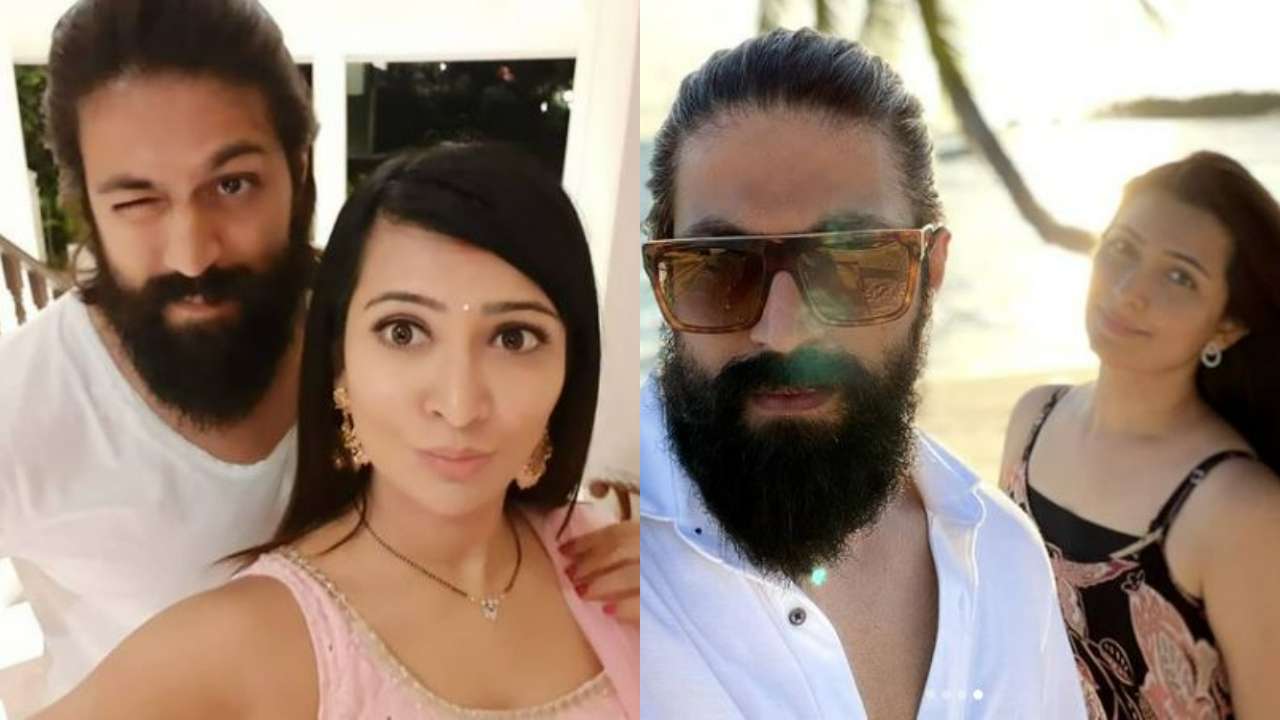 Yash is a total family man, a doting husband to Radhika Pandit and father to his two children, Ayra and Yatharv. The actor’s wife is an avid social media user and often gives glimpses of their adorable family moments, thereby setting major goals. Today, she shared a few pics of herself with a caption that proves Yash is the best husband.

Radhika Pandit took to her Instagram and shared a few pics of herself posing in the boat during a vacation. And guess who is the man behind the camera clicking her, it is none other than her doting husband Yash. He is diligently following all the instructions given by Radhika as he clicked her pics. Seems like every other husband’s story in the world but how cute. Sharing the pics, Radhika wrote, “Then there is always a wife instructing the husband how to take the perfect shot well.. until one of them gets really bored!!” Yash and Radhika Pandit exchanged wedding vows in a grand ceremony on the 9th of December in 2016 after dating for more than six years.

Up next, post the grand success of the first two installments of the KGF franchise, movie buffs are waiting with bated breath for the third movie in this popular series. Ever since the announcement of the movie, it was assumed that the project will go on the floors soon. However, clearing the air, the makers have announced that the shoot for KGF: Chapter 3 is not starting anytime in the near future.

Advertisement
Related Topics:
Up Next Where to Watch : Netflix

A marriage counselor tries to dissuade his warring clients from getting a divorce while juggling his own romantic dilemmas. 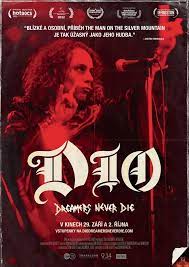 Where to Watch : Nearby Theaters

The definitive documentary on legendary metal icon Ronnie James Dio comes to movie theatres around the world for a two-day-only film event. Ronnie James Dio’s story transcends the standard rock documentary. Beautifully highlighting both his powerful voice and his gentle heart, “DIO: Dreamers Never Die” delves deep into the singer’s incredible rise from ’50s doo-wop crooner to his early rock days in Elf and Ritchie Blackmore’s Rainbow, to replacing Ozzy Osbourne in Black Sabbath, and finally cementing his rockstar status with his own band, DIO. The first documentary to be authorized by the artist’s estate, the film incorporates never-before-seen footage and personal photos from Dio’s archives as well as offering intimate scenes with his closest peers, family, and friends, among them Wendy Dio, Tony Iommi, Geezer Butler, Glenn Hughes, Vinny Appice, Lita Ford, Rob Halford, Sebastian Bach, Eddie Trunk and Jack Black, as they bring viewers inside the life of one of the most beloved figures in rock. 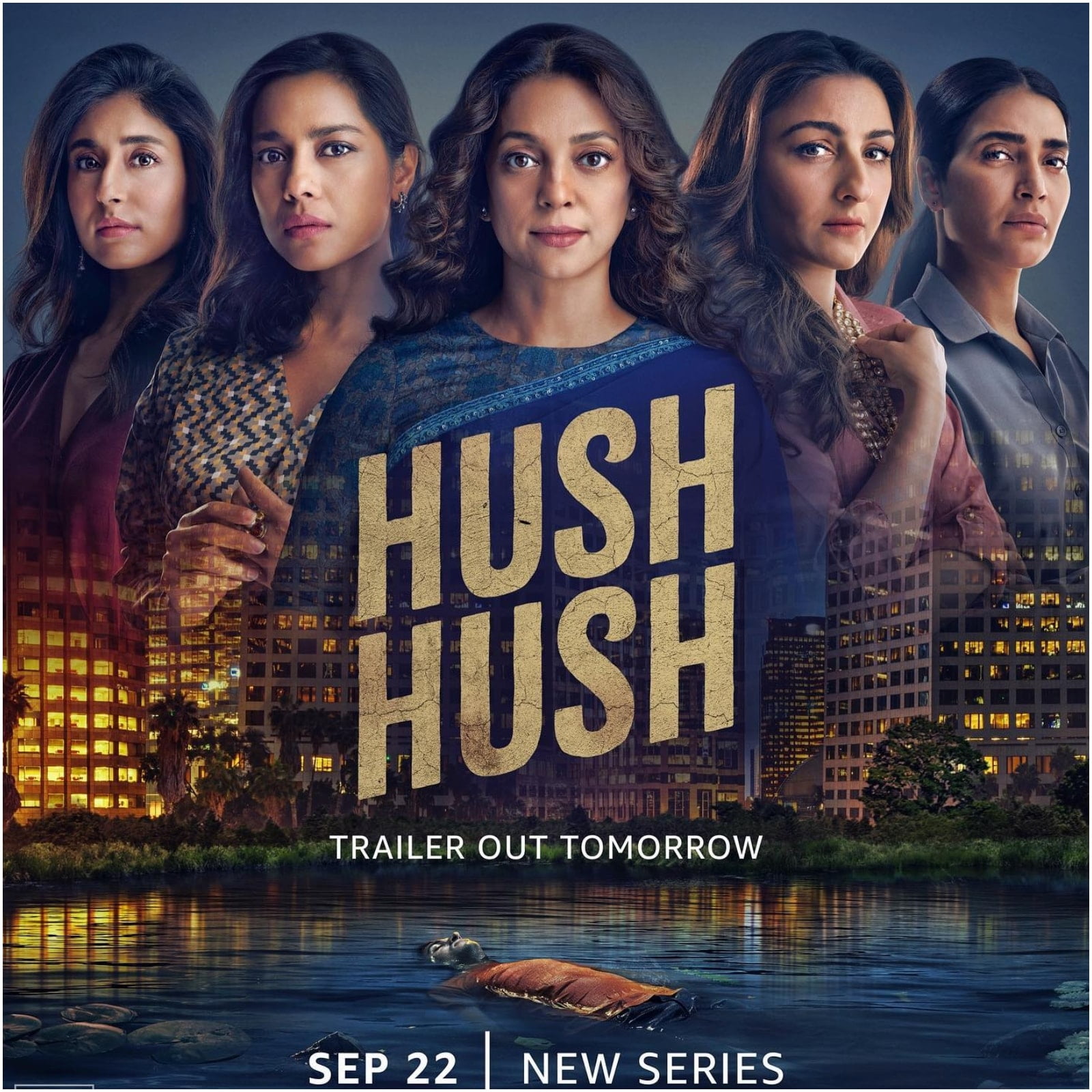 Image Credit : News 18
Abudantia Entertainment, which has backed projects like Sherni and Jalsa in the past, has now released its latest web series – Hush Hush. Whether actors like to be part of a multi-hero film, has always been a topic of discussion, with the popular conclusion mostly being negative. So, to conceive, write, cast for, and execute a crime thriller series revolving around the lives of six women is naturally a commendable feat. However, beyond the attempt, Hush Hush director Tanuja Chandra’s show fails to deliver.

Ishi Sangamitra (Juhi Chawla), Saiba (Soha Ali Khan), Zaira Sheikh (Shahana Goswami), and Dolly (Kritika Kamra) are a group of closely-knit friends who live in a posh society in Gurgaon, Haryana. When the four ladies themselves in the midst of unprecedented chaos on a fateful night, they decide to keep hush and guard some dark secrets. On paper, this looks like a story with many possibilities. However, on screen, it fails to meet expectations.

Within the first few minutes of the series, it is clearly established that this show is about women and their intricate relationships with each other. Set against an urban backdrop, the suspense thriller peeks into the lives of upper middle-class people and their complex problems. For instance, while homemaker Dolly is struggling with her marriage, Zaira, who is a fashion designer is on the lookout for her life’s calling. But bigger problems ensue when famous lobbyist Ishi is ousted on news for her corrupt undertakings.